Music education provides many benefits including discipline, commitment, identitiy, hard work, teamwork, and respect.  In addition to these are the following which have been put forth by the MENC.

Success in Society: Secondary students who participated in band or orchestra reported the lowest lifetime and current use of all substances (alcohol, tobacco, illicit drugs)

The very best engineers and technical designers in the Silicon Valley industry are, nearly without exception, practicing musicians.

— Grant Venerable, "The Paradox of the Silicon Savior," as reported in "The Case for Sequential Music Education in the Core Curriculum of the Public Schools," The Center for the Arts in the Basic Curriculum, New York, 1989

Success in School and Learning: A study of 237 second grade children used piano keyboard training and newly designed math software to demonstrate improvement in math skills. The group scored 27% higher on proportional math and fractions tests than children that used only the math software.

Physician and biologist Lewis Thomas studied the undergraduate majors of medical school applicants. He found that 66% of music majors who applied to medical school were admitted, the highest percentage of any group. 44% of biochemistry majors were admitted.

— As reported in "The Case for Music in the Schools," Phi Delta Kappan, February 1994 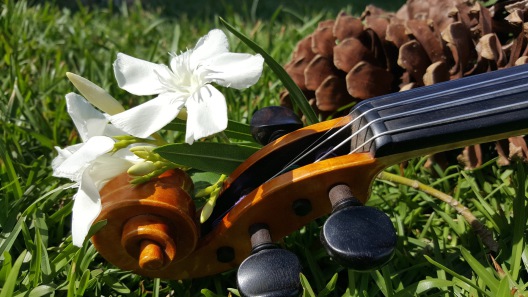 Success in Developing Intelligence:  A research team exploring the link between music and intelligence reported that music training is far superior to computer instruction in dramatically enhancing children's abstract reasoning skills, the skills necessary for learning math and science.

Young children who take music lessons show different brain development and improved memory over the course of a year, compared to children who do not receive musical training. The brains of musically trained children respond to music in a different way to those of untrained children, and that the musical training improves their memory. After one year the musically trained children performed better in a memory test that is correlated with general intelligence skills such as literacy, verbal memory, Visio spatial processing, mathematics and IQ.

Dr. Laurel Trainor, Prof. of Psychology, Neuroscience, and Behaviour at McMaster University, Director of the McMaster Institute for Music and the Mind; Canada; published 9/20/06; http://www.sciencedaily.com/releases/2006/09/060920093024.htm

Success in Life: An education rich in the arts and humanities develops skills that are increasingly crucial to the productivity and competitiveness of the nation’s workforce: the ability to think creatively, communicate effectively and work collaboratively, and to deal with ambiguity and complexity. Just as important, exposure to the arts and humanities fosters cultural literacy: the ability to understand and appreciate other cultures, perspectives and traditions; to read and understand music and literature; to craft a letter or essay; to design a Web site; and to discern the “hidden persuaders” in a political or commercial advertisement.

--Summary of paper by Prof. Ann M. Galligan, Northeastern University, in her paper “Creativity, Culture, Education and the Workforce”, Center for Arts and Culture, December 2001, www.culturalpolicy.org; summary provided/written by Suzanne Weiss, in the “Progress of Education Reform 2004: The Arts in Education”; vol. 5, no. 1, January 2004, Education Commission of the States; http://www.ecs.org/clearinghouse/49/91/4991.pdf